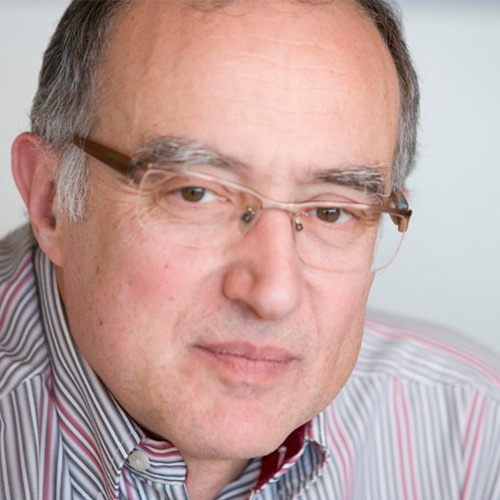 Born in Terrassa in 1954, Salvador Cardús earned his Bachelor’s in Economics (1976) and PhD in Economics (1981) from the Autonomous University of Barcelona (UAB). He was Visiting Fellow at Fitzwilliam College at Cambridge University in 1993 and Visiting Researcher at both the Institute for European Studies at Cornell University (USA) in 2005 and the Queen Mary College, University of London, in 2006. Visiting professor at Stanford University (2016). He was the Head of the Department of Sociology (1991-1993) and Dean of the Faculty of Political Science and Sociology at the UAB (2009-2011). He is currently tenured Professor of Sociology at the UAB.

As a journalist he founded and edited (1987-1988) the journal Crònica d’Ensenyament (Chronicle of Teaching) and was subeditor of the newspaper Avui (1989-1991). He is a regular contributor in the press and sits on the editorial boards of a dozen specialised journals. He was president of the FUNDACC (2005-2008), the Foundation on the Audiences for Communications and Culture, which promoted the Barometer of Communications and Culture. He was also a member of the Information Council of Catalonia (1999-2012).

His first publications were on suicide, Giving up on life (1981) and Surveys of the youth of Catalonia (1984), both written under the guidance of Dr Joan Estruch. Among other works, he has published Understanding time: The calendar and its meaning in modern society (1985), Policy paper: The press and power in Catalonia 1981-1992 (1995), Council of lining and cuffs: The Catalan Church through its council (1995) and The confusion of education (2000). In 2010 he published the essay, The road to independence. And in 2016, Time and Power.

Analysis of temporal structures and the uses of time

Use of paradoxes and metaphors in the production of sociological discourse

He is currently writing an essay on identity in contemporary societies

Epistemology of Social Sciences and Sociology of Communication