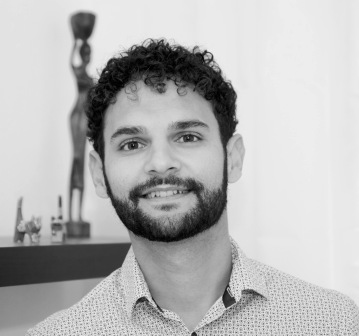 Rafael Cazarín is Postdoctoral Research Fellow at Sonke Gender Justice (South Africa). In 2015, Rafael completed a Ph.D. in Sociology at the University of the Basque Country, Spain, where he had been a faculty member since 2012 with a doctoral grant awarded by the Basque Government. His thesis focused on African Pentecostalism with fieldwork was carried on in Johannesburg and Bilbao, having received the extraordinary doctorate award in social sciences. Over the past years, Cazarin  has been a visiting researcher in several research centers. At the African Centre for Migration and Society at Wits University (2013) he was a visiting scholar and member of the research team in the MiWORK research Consortium analyzing migrant workers labor trajectories in Durban and Johannesburg. In 2015 he carried out a visiting fellowship at the International Migration Institute (IMI) at the University of Oxford and collaborated with a book chapter on belonging and integration of migrants in the African Diaspora.  In 2018, Cazarin was also awarded with the Ivan Varga Prize for New Generation Scholars in Sociology of Religion by the RC22 Committee of the International Sociological Association and Springer Publishing. Since 2012, he has been a researcher at ISOR-UAB collaborating in several projects supporting the Catalan and the Spanish government with evidence for public policies in cultural diversity and religious pluralism.

2017. Emotions and the spiritual knowledge: navigating (in)stability and (dis)trust in migrant initiated churches. Annual Review of the Sociology of Religion – Pentecostals and the Body
Vol: 8.  Brill

Qualitative methods and techniques in social research, Master in Social Sciences & Undergrad. in Sociology, Dept. of Sociology II, University of the Basque Country, 2014 / 2015/ 2016 / 2017